Abstinence Counseling with the Woman on a Contraceptive

She’s not yet pregnant but she’s sexually active. She believes she is a modern up-to-date woman. She has already been involved in outercourse, that is, heavy petting and oral sex. Now she’s tried intercourse. After all, in her mind, it is a rite of passage, something you do “when you are ready.” Her boyfriend used the condom, but now she has missed her period, and she is sitting in front of you asking for a pregnancy test. You’re going to talk to this young woman about abstinence. Good luck!

Description of the Problem

There is a cultural norm in American society that it is important and “good” to have sex before you marry. Pop culture probably frowns on promiscuous sex, but if you really like someone, sexual intimacy is expected. Sex does not have to lead to marriage in Pop culture.

Some of the new contraceptives deliver the chemical compounds more easily than the “pill” which required a woman to remember to take it daily. A number of young women have gone on contraceptives by taking a shot that lasts for three months before one has to have another one. Some use a patch that lasts a while before they change the patch. This makes taking contraceptives seem easier for the young woman, but there are numerous complications. An extended menstrual period or no menstrual period is one of the many side effects. This problem causes many young women to come into our pro-life centers concerned that they may be pregnant because of irregularities in their period. Many centers report an increase in the number of negative pregnancy tests. This means there is an even greater challenge to help the sexually active young person to make better decisions.

Since many with a negative pregnancy test are already on a contraceptive, how can we approach her with an abstinence message? Women are much more amenable to an abstinence message if they are just beginning their sexual experimentation or if they are not yet on a contraceptive. How do we handle this more sexually experienced woman and convince her of something she has long ago dismissed? First of all, we have to give ourselves the message that we can make a difference. Many believe that young people are so sexually involved today they cannot or will not make a decision to abstain.

We need to get our goals clear. If you are working with a woman who is on a contraceptive, you can assume that she has developed a rationale for her behavior, and sex before marriage is okay, and maybe even desirable. Your goal then is to help her to question whether or not her views about premarital sex are really valid. Don’t set yourself up with the goal of completely convincing a young person to stop, if that doesn’t happen you feel as though you’ve failed. 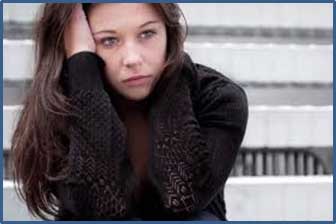 Don’t expect her to change in one visit with you. Don’t tell yourself that there is no use in talking to this young person because she is not going to chance. Expect her to start to question whether or not her ideas are valid about relationships.

Remember, studies show that if you are trying to completely change a person’s attitude, beliefs, or perspective, if you give her too much information that is difference from what she believes, she will simply turn you off. If you give her something that she doesn’t believe, she simply will not listen or will find ways to make what you say not credible.

Think about it. If you pick up an article that says that putting your child in sports is a bad thing, you may say to yourself, “I’ve always thought it was good for children to be in sports to develop their mind, body, and sense of team, but I’ll hear them out.” Probably when you read the article the author will give their reasons, some of which you will dismiss and others may seem logical to you. Probably when you finish the article you won’t be completely convinced to take your child off the baseball team, particularly if your husband is the coach, but maybe you’ll have some doubts about it, or maybe you’ll be less enthusiastic.

The same is true for someone who is very convinced that premarital sex is totally harmless and is really a good thing. Probably you won’t have a complete change of heart but you may be able to help the person bring up personal doubts about what is happening to him/her. People may be reminded that they are not acting in accord with their own religious or personal beliefs. Remember, the Holy Spirit counsels our clients long after they have left us. Perhaps another person, or an article, or someone will say something else to further confirm their doubts and make them think further. Plant the seed, and see who waters it.

I’d like to make some suggestions about issues that need to be raised with all sexually active young people. Your client may not walk out the door choosing to be abstinent until marriage, but If she walks out the door uncomfortable and asking herself hard questions, that is the first step toward changing her lifestyle.

Start off with general questions to get an understanding of her life and her thinking now. “How long have you known your boyfriend? Is he the only one you’re dating? Is he dating anyone else? How did you meet him? What do you like about him? Or what attracts you to him? Do you love him? Why or why not? These types of questions will give you a wealth of information and will put the young woman at ease if she feels you are interested. You and she will also find out a lot about her boyfriend.

You can proceed. “How long have you been intimate with him? Whose idea is it?” This can be followed with three very important questions that she needs to think about. First, “Who wants the sex?” You’ve already learned who initiated it, but who keeps it going? A women may say, “Well, he wants it more than I.” or she may say, “We both like it” Or she may say. “He wants it and I don’t particularly. Its really his idea.” Your response will be different depending on what she says. The second question is, “Who needs the sex?” She has to be careful about this answer, and generally it makes a person think. If he needs it, she should ask herself if she is being used to meet his need. Is there really a relationship? If he doesn’t need it and she doesn’t need it, why are they so intent on having sex? This may help you to get into a discussion with her about what happens to a relationship if sex is involved.

The third question is, “What would happen to the relationship if you didn’t have sex?” If she genuinely believes there wouldn’t be a relationship, it may bring to the surface a feeling of being sed. She may also feel that guys have to have sex, and the only way to keep a guy with you is to have sex with him. Either of these responses needs discussion and education.

Every man and woman desires a true, faithful love. Often sex is a way to try to accomplish this. Innately, most people sense that it’s not accomplishing what its advertised to do. Only friendship and fidelity lead to the deep commitment we all desire.

Encourage your client to explore other areas of the boy/girl relationship. Ask him or her about who is their ideal mate. Do they have religious beliefs? What does their religion teach? What do they feel God wants them to do? Ask your clients if they pray. If they don’t, ask them if they ever prayed? If they stopped, why did they? Many young people stop praying when they get themselves involved in drugs, sex, and alcohol. Be careful about sounding preachy. Usually if I want to teach something I say something that begins with “I believe.” “Mary Jane, I believe that God would love to hear from you even if you’re taking drugs now. My belief is that He loves you and wants you to turn to Him the best way you know how.” This way the girl can say, “Well that’s nice but I don’t believe that.” And then we can go on with the conversation to see what is helpful for her. If you try to give a teaching of your church at this time and present it as authoritatively true, you run the risk of her dismissing that, and everything else you say.

If you ask clients if they pray, and they say they do, ask them if they have prayed about this issue and their current relationship. “What do you think God wants you to do at this time?” Any of these questions will lead you into a discussion of their life and aspirations.

Our Centers are seeing many sexual active young people who are using the new long-lasting contraceptives. Use this opportunity to discuss their premarital sexual activity. Ask enough questions to see what is happening to them personally and share enough information that they can begin to question their decision.

Adapted from an article printed earlier in Living World Magazine by Sr. Paula